In Gut We Trust

I came across this study after listening to one of the researchers, Justin Sonnenburg, discuss it on the Huberman Lab podcast. Certainly worth a listen as well. The big takeaways from this study were the following;

- A ramp phase of the introduction of these foods should be considered an important part of the diet when beginning a nutritional intervention such as this. This is to reduce the effects of the increased fiber and fermented foods that can cause gas, flatulence, burping and bloating. These food items were consumed daily and  more than one serve per day.

- A diet high in a diverse consumption of vegetables and fibre can significantly improve the function of the gut flora. The participants were consuming above 40g/day as an average intake. The avergae Western Diet has less than 15g/day.

- A diet high in fermented foods (including yogurt, kefir, fermented cottage cheese, kombucha, vegetable brine drinks, and fermented vegetables, such as kimchi ) can significantly increase the microbiome diversity within the gut. These food items were consumed daily and often more than five serves per day. Predominantly in the form of dairy or vegetable brine fermented beverages.

- The consumption of fermented foods positively impacted low-grade inflammation in the body measured through serum cytokines.

2. Effects of a low FODMAP diet on the colonic microbiome in irritable bowel syndrome: a systematic review with meta-analysis
‍

Quite often you will hear me refer to FODMAPs. These are Fermentable (F) Oligosaccharides (O) Disaccharides (D), Monosaccharides (M) and (A) Polyols (P). These are types of carbohydrates that confer a lot of health benefits yet at the same time can be triggers for gastrointestinal complaints and irritable bowel syndrome (IBS). Recent research, namely via Monash University, Melbourne, Australia has pushed the notion of excluding certain FODMAPs for periods of time, usually 6-8 weeks to assess signs & symptoms of the individual. A graded reintroduction of the FODMAPs is undertaken after this with a detailed history of signs and symptoms encountered. The goal is to discover known triggering FODMAPs and to either consume amounts that do not trigger or exclude them from the diet indefinitely. This study investigated the effect of a low FODMAP diet on the diversity of the microbiome and the subsequent impact of function assessed via short-chain fatty acid (SCFA) production.

- The average duration of trials was only 3-4 weeks. One lasted 3 months.

- Alpha diversity of bacterial species does not appear to be impacted via low FODMAP diets over these periods of time. (NOTE: most practical low FODMAP diets are longer than what was investigated & could result in different results to those observed here.)

- Bifidobacteria was the main species found to be lower in abundance following the implementation of a low FODMAP diet - this might be due to its role in degrading fructans which are often reduced in low FODMAP diets.

- Might be worth considering the consumption of these species in a probiotic following a period of low FODMAP diet intervention.

- As with most gut studies, more research is required to fully assess the impact of these now-popular dietary interventions. The short-term benefits may possibly have longer-term implications. Stand by.

Reference: So et al. Effects of a low FODMAP diet on the colonic microbiome in irritable bowel syndrome: a systematic review with meta-analysis, Am Jou of Clin Nutri, Vol 116 (4), Oct 2022, 943–952
‍

3. Short-chain fatty acids are key mediators of the favorable effects of the Mediterranean diet on intestinal barrier integrity: data from the randomized controlled LIBRE trial

The Mediterranean Diet is hailed as a diet to follow because of its health benefits to those who follow it. These benefits impact the cardiovascular, metabolic and gastrointestinal systems. The diet consists of a high intake of vegetables, fruits, grains, legumes, olive oil and seafood. Total meat consumption is reduced yet not excluded. Highly processed foods are minimised or excluded. When I write this, I often laugh to myself and think, what other type of diet is there, should it be called a diet and is it really a surprise that this type of eating pattern is so beneficial?  The findings of this study are pretty cool and relate to the previously mentioned studies.

- The study investigated the effect of a change to the Mediterranean diet on intestinal barrier function in a cohort of 260 women with breast cancer gene (BRCA) 1/2 mutations and impaired gut barrier function.

- Baseline and 3 months assessment via questionnaire, blood and fecal samples.

- The intestinal permeability marker zonulin was reduced in the fecal matter after the 3-month Mediterranean diet intervention. This is a positive effect as higher levels of zonulin are associated with increased gut lining permeability.

- Plasma lipopolysaccharide-binding protein (LBP) was found to be reduced in plasma.

- Specifically, the increase in SCFAs butyrate and propionate was observed and linked to the largest improvements in gut lining permeability integrity.

- Interestingly, those participants at baseline that followed a Mediterranean-type diet, had lower concentrations of plasma LBP and fecal zonulin and higher levels of fecal SCFAs.

- Age, BMI, physical fitness, and previous disease were not associated with intestinal permeability biomarkers or with SCFAs.

- There was a large degree of individual variability relating to the impact of the diet in relation to the markers observed. Ie it does not work for everyone!

- The researchers hypothesize that baseline SCFA butyrate concentrations can predict the response to the Mediterranean diet in relation to intestinal permeability.

The authors note, “Loss of intestinal barrier integrity is thought to be a major cause that drives low-grade inflammation found in numerous chronic diseases, such as cardiometabolic diseases, type 2 diabetes, and cancer.”  This study highlights the relationship between low-grade inflammation, intestinal permeability, SCFAs and dietary intake. It does point to a number of markers that are not routinely investigated and could act as important markers for intervention and also the success of dietary interventions.

This week I thought I would highlight some exciting new research articles that came across my desk. The research papers reviewed include topics covering; 1. The role and impact of fiber and fermented food on the gut microbiome. 2. The impact of low FODMAP diets on the populations and function of the gut microbiome. 3. The determining factors for the effectiveness of the popular Mediterranean diet. 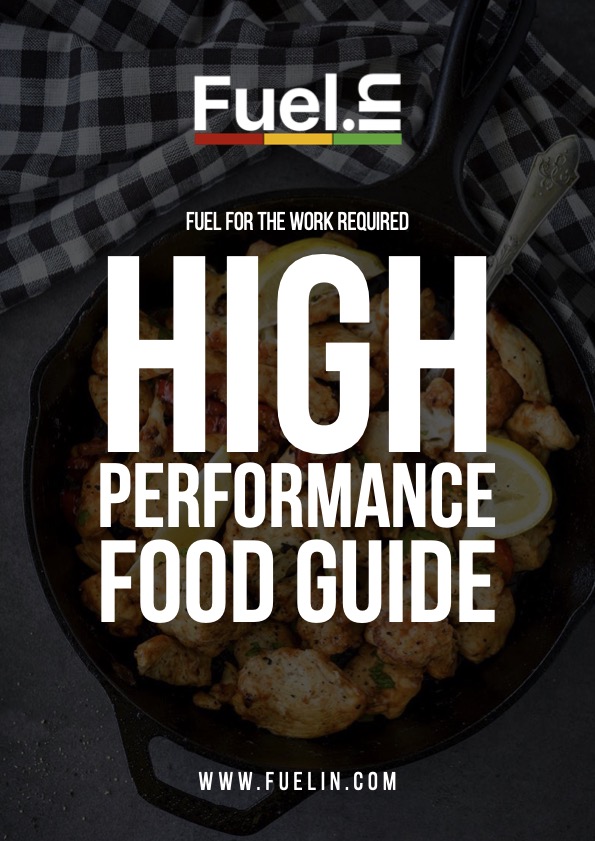 Thank you! Check your email for your free recipe book 🙌
Oops! Something went wrong while submitting the form. Please try it again.